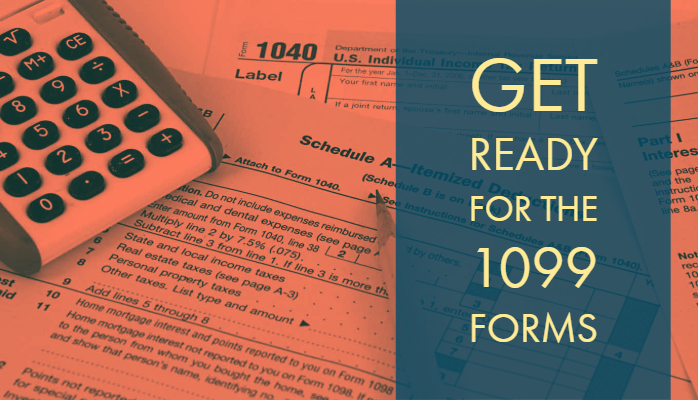 IRS Form 1099 season is here. Some people can’t wait for those annoying little tax reports to come in the mail. They remind you that you earned interest, received a consulting fee, or were paid some other kind of income. There are many varieties, including 1099-INT for interest, 1099-DIV for dividends, 1099-G for tax refunds, 1099-R for pensions and 1099-MISC for miscellaneous income. These forms are sent by payers to you and the IRS. But if you don’t receive one, should you ask?

Asking for one can be a mistake. If your records are not good and you do not know what payments you have received, you may actually look forward to these forms. Yet you are better off in most cases not asking for one if it doesn’t show up.
The most common is Form 1099-MISC, which can cover just about any kind of income. Consulting income, or non-employee compensation is a big category for 1099-MISC. In fact, apart from wages, whatever you were paid in 2018, is likely to be reported on a Form 1099. Companies big and small churn them out.

If you’re in business–even as a sole proprietor–you also may need to issue them. Each Form 1099 is matched to your Social Security number, so the IRS can easily spew out a tax bill if you fail to report one. In fact, you’re almost guaranteed an audit or at least a tax notice if you fail to report a Form 1099. Even if an issuer has your old address, the information will be reported to the IRS (and your state tax authority) based on your Social Security number. Make sure payers have your correct address so you get a copy. Update your address directly with payers, and put in a forwarding order at the U.S. Post Office. You’ll want to see any forms the IRS sees. It’s also a good idea to file an IRS change of address Form 8822. The IRS explains why at Topic 157 – Change of Address–How to Notify IRS.

Like Forms W-2, Forms 1099 are supposed to be mailed out by January 31st. You need a Form W-2 to file with your return, but do you really need a Form 1099? No. In contrast to Forms W-2, you don’t file Forms 1099 with your return. Although most Forms 1099 arrive in January, some companies issue the forms throughout the year when they issue checks. Whenever the forms come, don’t ignore them. Each form includes your Social Security number. If you don’t include the reported item on your tax return, bells go off at the IRS.

However, if you don’t receive a Form 1099 you expect, you might not want to ask for it. Just report the income. Reporting extra income that doesn’t match a Form 1099 is not a problem. The IRS does not consider that a mismatch. Only the reverse is a problem. One possible exception? The IRS suggests that if you don’t receive a Form 1099-R, you should ask. But I’m not sure I would ask about most Forms 1099, including the common Form 1099-MISC. Why?

If you call or write the payer asking for a Form 1099, the payer may issue it incorrectly. Alternatively, you may end up with two forms, one issued in the ordinary course (even if you never received it), and one issued because you asked for it. The IRS computer might end up thinking you had twice the income you really did. You can always ask the IRS for a transcript that should show all Forms 1099 issued on your account. But you don’t really need most Forms 1099. If you know about the income, just report it.

If you need assistance with creating and sending our 1099 forms for your business or what to do with ones you have received, click here to speak with one of our tax professionals.